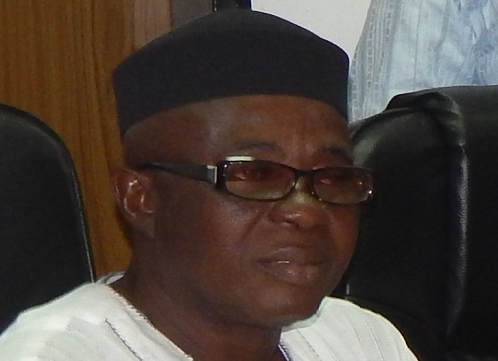 Clad in white traditional attire and befitting black cap, Mr. Sebastine Oba is delighted to share the achievements of the local Peace Committee formed in December 2013, after the Purdue Peace Project convened a meeting of stakeholders to dialogue about solutions to the land dispute between two communities in Delta, Nigeria. He began his testimonial this way, “When we started this project we did not believe we will achieve success to this extent.” The group, Obi Ogadi and Ogboli Peace Committee (OOPC) emerged after the meeting convened by PPP and its Nigerian counterpart, Health Matters Incorporated (HMI).

Oba is also eager to share what volunteering as co-coordinator of OOPC means to him and his community. He narrates the experience and impact this way, “Since PPP& HMI [Health Matters, Inc.] intervened in this land dispute, we started having mutual understanding, interaction, and agreement with them [the Ogboli Ibusa people].  What interests us the most is that since this project started in December 2013, what Ogboli Ibusa is saying is the same thing Asaba people are talking about – how to achieve peace. They are all saying that they want peace, they want peace, and they want peace. So I thank God that their minds are like ours, we are all speaking the same language, peace, peace.”

The formation of a local peace committee that derives its name from both communities is a sign of peace, he believes. “The name Obi Ogadi and Ogboli peace committee was coined from the two communities involved in land dispute, and this is a good sign. Both families, the Obi Ogadi in Asaba and Ogboli in Ibusa are located in Oshimini north local government of Delta state. The dispute over this parcel of land has been long, however through your intervention the two communities came together. We don’t sit like that before. We never have a cause to sit together. With your help, we were able to sit together. You assigned us into different groups to discuss the way forward and every group came out with reasonable resolution and if this could be done, we believe there will be peace between the two communities. Based on that meeting, our group emerged and has been growing.”

According to Oba, another significant change is the considerable effort toward the demarcation of the boundary that is the cause of the dispute. He says, “We pray to God that PPP & HMI will help us to facilitate a lasting demarcation. The OOPC has already visited the Ministry of Lands and Survey, the Boundary Adjustment Commission, and the police headquarters to discuss the modalities to demarcate the boundary. If not for the PPP & HMI that intervened, I don’t think all these things would be achieved. Still we are asking God to help PPP & HMI to help us, because without them I don’t think there is any headway, may be today somebody would have been killed in the bush because of the dispute.”

Oba also shares stories of the calmness in the hitherto volatile bush: “So far we have achieved some level of peace. We can now go to Asaba, visit them and they can as well visit us. We exchanged phone numbers, we call each other and discuss heart to heart without fear anymore. With the intervention of PPP we are able to leave our women go to farm without men escorting them.”

He recalls the threat that characterized the dispute before PPP’s engagement. Oba said, “Many women have been killed in Ibusa bush may be you have heard this in the newspapers or television, and if you ask around the community they will confirm this to you. We have lost about 11-12 women whom were killed in the bush for that, men escort them to the farm, but since the intervention of PPP & HMI that sad news has stopped, so we give thanks to PPP & HMI for intervening.”